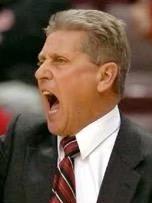 Warren Goodling is the winningest coach in the history of Hempfield High School boys’ basketball.

Goodling directed the Black Knights from 1986 to 2010, compiling a career record of 452-205. That ranks him second on the Lancaster-Lebanon League all-time wins list for boys hoops. Adding his 33 victories at Northeastern (York), he has 485 high school coaching victories.

Other highlights during his tenure were:

He still plays competitive basketball in the Masters Basketball Association as a member of the Lancaster Warriors. In 2018 he was recruited to the USA national 65-plus team that won the MBA’s 2019 World Championships in Espo, Finland.